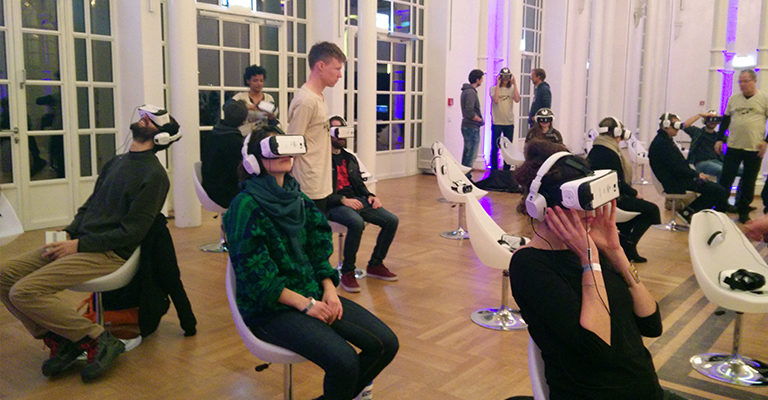 We already jumped onto the VR bandwagon with a couple of experiments we did like Loftshift and a couple of more coming up. At the "Kaleidoscope Event" there were 32 exhibits one could take a look at. Its very clear that currently the potential of VR storytelling is still in its infancy. The quality of the recordings - the type of editing inside the story's is all still very "independent" and no big surprises arise. Most of experiences were 360° VR – without any chances to interact. So I got really bored as one can tell.

The Oculus Rift with its head tracking clearly has an edge over the Gear were one can only simple look around, whereas with the Oculus you have another layer of interaction in terms of moving your head around on another axis and being able to explore and discover what the Gear cannot. Only the DK2 was present, no Oculus CV1 which has some improvements over the DK2.

The HTC Vive is the biggest winner by far in my humble opinion - room scale is something totally different than just sitting somewhere. Once you experience the quality of the VIVE - all other VR experiences feel like kid toys. Chris Milk said in his TED talk "Unfortunately, talking about virtual reality is like dancing about architecture." And you would only believe the difference once you experienced it. Whereas in Oculus after a few minutes I actually feel the urge to exit, the VIVE gives me the complete opposite reaction: I actually don't wanna leave it. 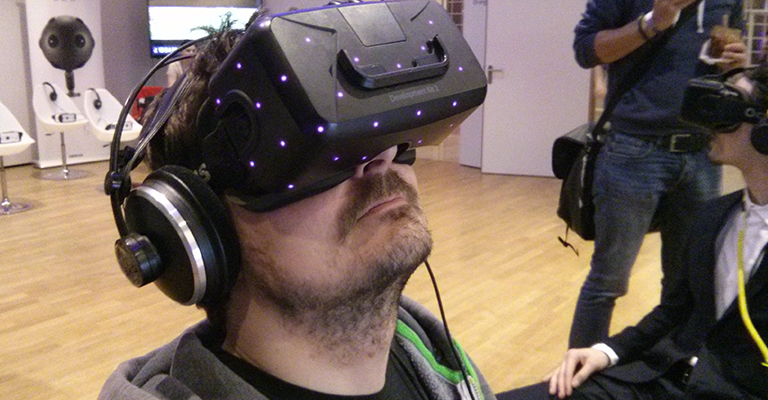 Sadly enough we weren't fortunate enough to get the VIVE dev kit last year, but we had a couple of opportunities to test it before and we are so eager to create experiences with it. What experiences are here to stay is something which time will tell. That non-kinetic AR experiences will be a big hit on the gaming marketing is quite clear - you can simple stay on your couch and have a very passive experience while still being able to enjoy the thrill of the game - fully immersed.

The use cases for physical VR'ing will be different. Travelling to other destinations, customising your house, knowledge academies and education, medical applications, anxiety training, sporting, commerce etc. The list goes on. We're excited to see this movement kicking off.

One app which premiered was "LA PÉRI: A PRELUDE" – and it was great. You are standing on a theater stage with another dancer. As her movements were motion captured you really felt a connection to her. It was great - another experience i really didn't wanted to leave. And the fun thing was that not graphic quality, but animation quality is what really makes our brain tick and make stuff believable. Can't help but post a reference to Heider & Simmel's study which already showed in 1944 that even shapes can have emotions. (although I have to admit – a better animation easing in there would have even increased the effect).

Summing up the whole VR hype: We are really excited to get our hands on the VIVE and to build our first truly immersive experiences! We'll let you know first as soon things start rolling.