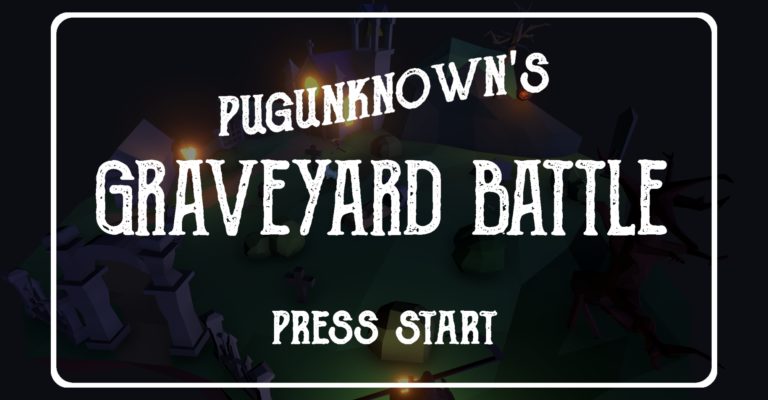 Work hard, play hard! Or: Our game of the week!

Halloween is over and you've already watched every episode of Stranger Things 2 in a bad case of Bingewatching last night. What now? Our hint: PUGUNKNOWN'S GRAVEYARD BATTLE! The scary Game was developed by 3 D Artist Marie and Creative Engineer Sam together with other geeks at the IGJam #12 and they got fourth place of 25.

Battle on the graveyard

PUGUNKNOWN'S GRAVEYARD BATTLE makes, suitable for the dark season, a graveyard to the scene of incident. You take the role of a skeleton and you have to make sure after partyiing with your friends that the infamous PugUnknown does not steel your bones - because this is what he wants. If you're the first skeleton to dig up the grave you are spared by the pug's overwhelming wrath!

To develop the game, Sam and Co. used Unity, Blender, Reaper und a lot of coffee. And if you want to start gaming and digging right now, get four Xbox Controller, "Press Start" and have fun!