With the launch of Oculus Quest 2, Facebook has started a new era of VR history. This is reason enough to take a closer look at the VR glasses but to make things even clearer, we travel briefly to the year 2016 for my first VR experience...

... and HTC Vive has just been released. I buy a new gaming PC with a powerful Geforce Gtx 960 graphics card — the fastest processor and a lot of memory — for about 2000€. On top of this is the hefty price of about 800€ for the Virtual Reality glasses. Since the two Lighthouse Trackers have to be mounted above the playing area and I don't want them to hang permanently in my rented flat for aesthetic reasons, I order two tripods for 100€ online. I need a lot of space to play (especially because of the tripods and the cable clutter) and so I push the furniture out of the way to create enough space. Since the complex setup is very uncomfortable after playing, I take everything apart again and put it back together again and again... The quality of the VR experience is already very good and for the first time I am really enthusiastic about VR games. However, the time needed for assembly and disassembly, the required space, and the 3000€ costs for a functional setup turns the glasses from an average consumer device into an expensive gadget for geeks. 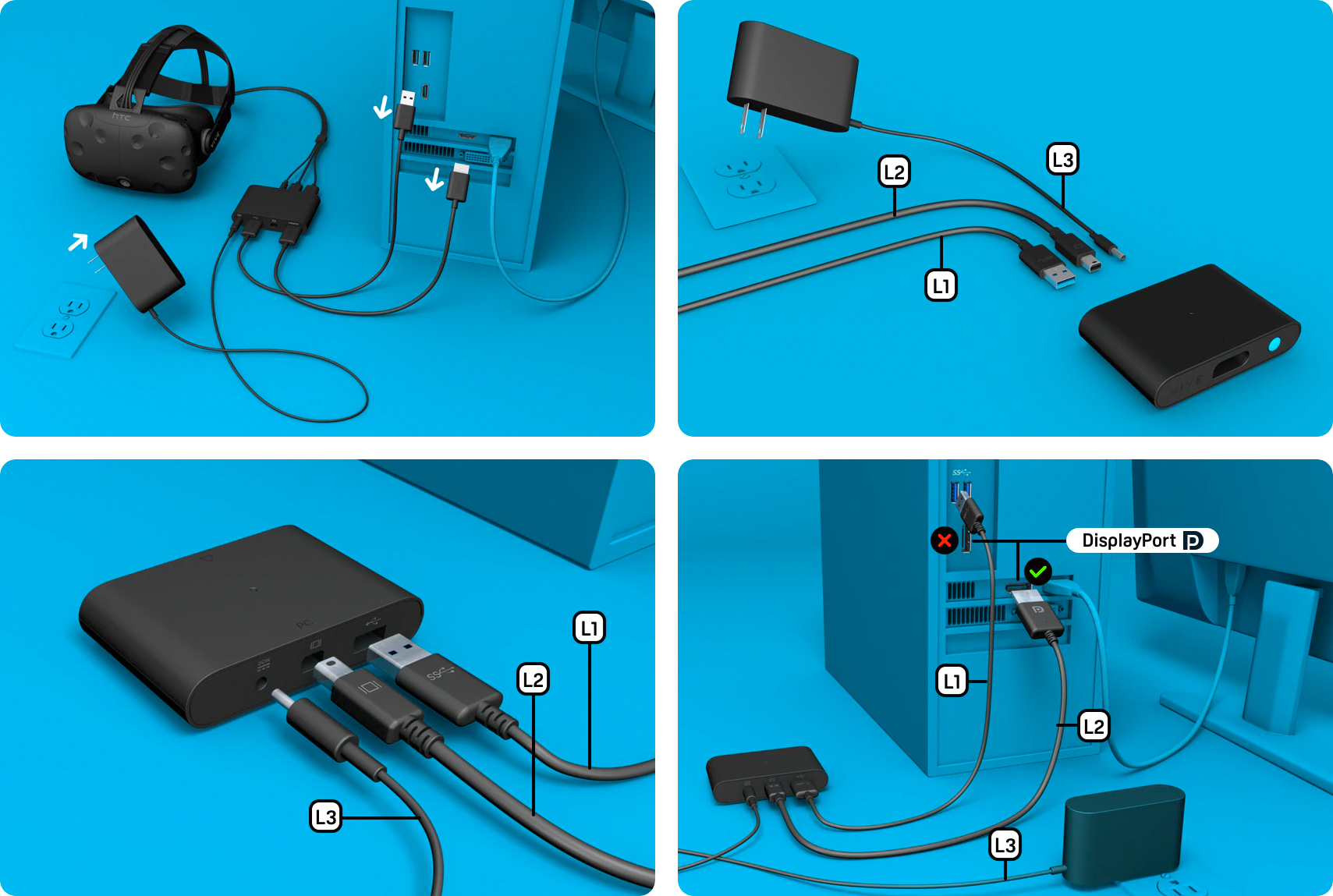 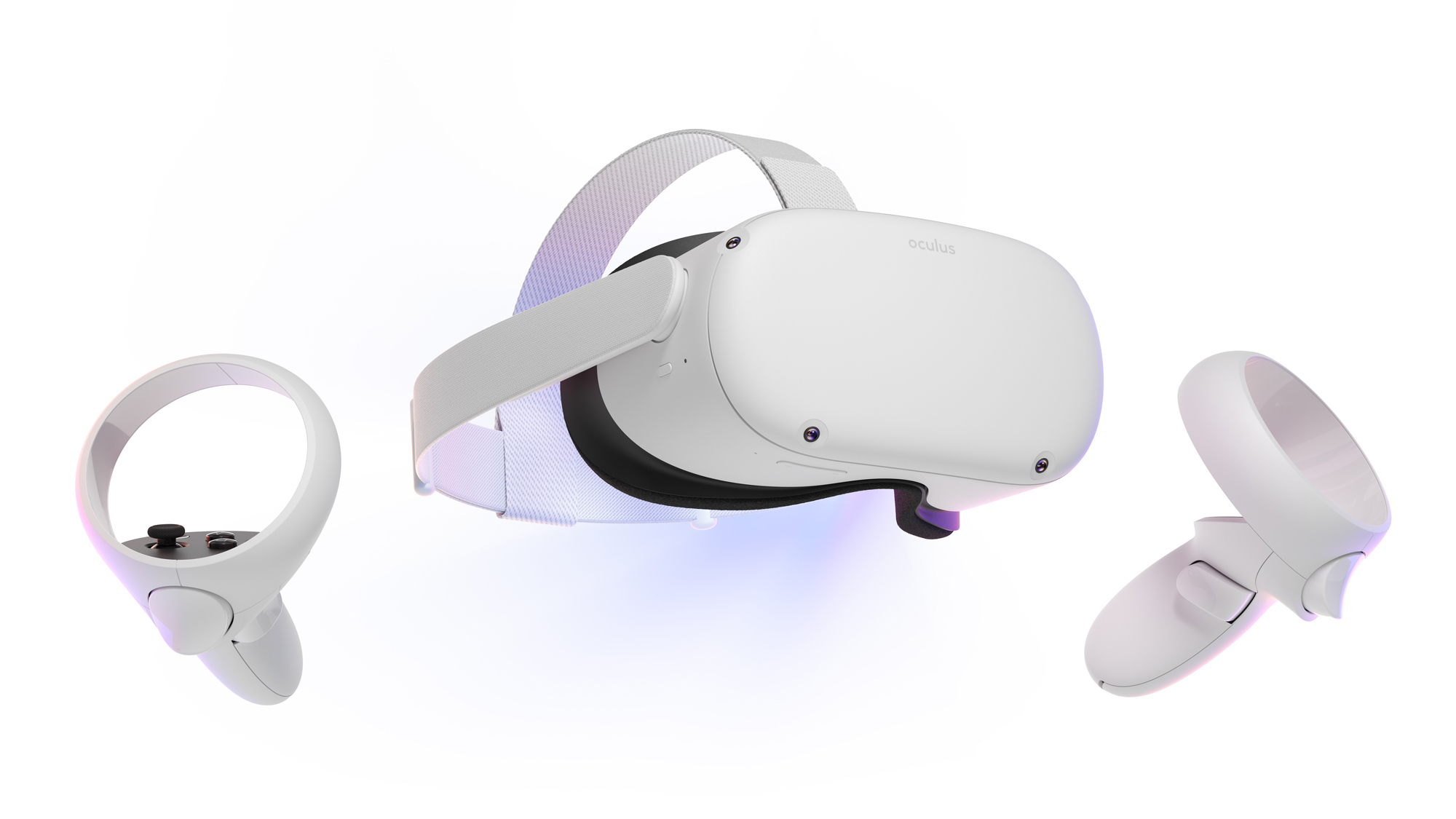 Oculus Quest 2 launches with a price of $299. It's an all-in-one virtual reality headset — so I don't need an external PC or a cumbersome cable that restricts my freedom of movement. The lightweight controllers provide precision but the device also supports excellent hand tracking for natural interactions. The display is extremely sharp compared to other VR glasses. The small gaps between the pixels are barely noticeable. In addition, it should be possible next year to develop Augmented Reality or Mixed Reality apps for Quest. In summary, only four years after the first HTC Vive I get a setup with much better quality and gaming fun for just 10% of the price. Games like The Climb or Beatsaber are twice as much fun.

But what does this mean for us as an agency and for our clients?

Because of their low starting price, the glasses fall into a price category that not only experts, VR fans or well-off private individuals can afford. For the first time ever, you have the opportunity to play VR games and watch films for a price that won’t blow your budget. With Quest 2, Facebook has created the first high quality VR glasses for the consumer market. 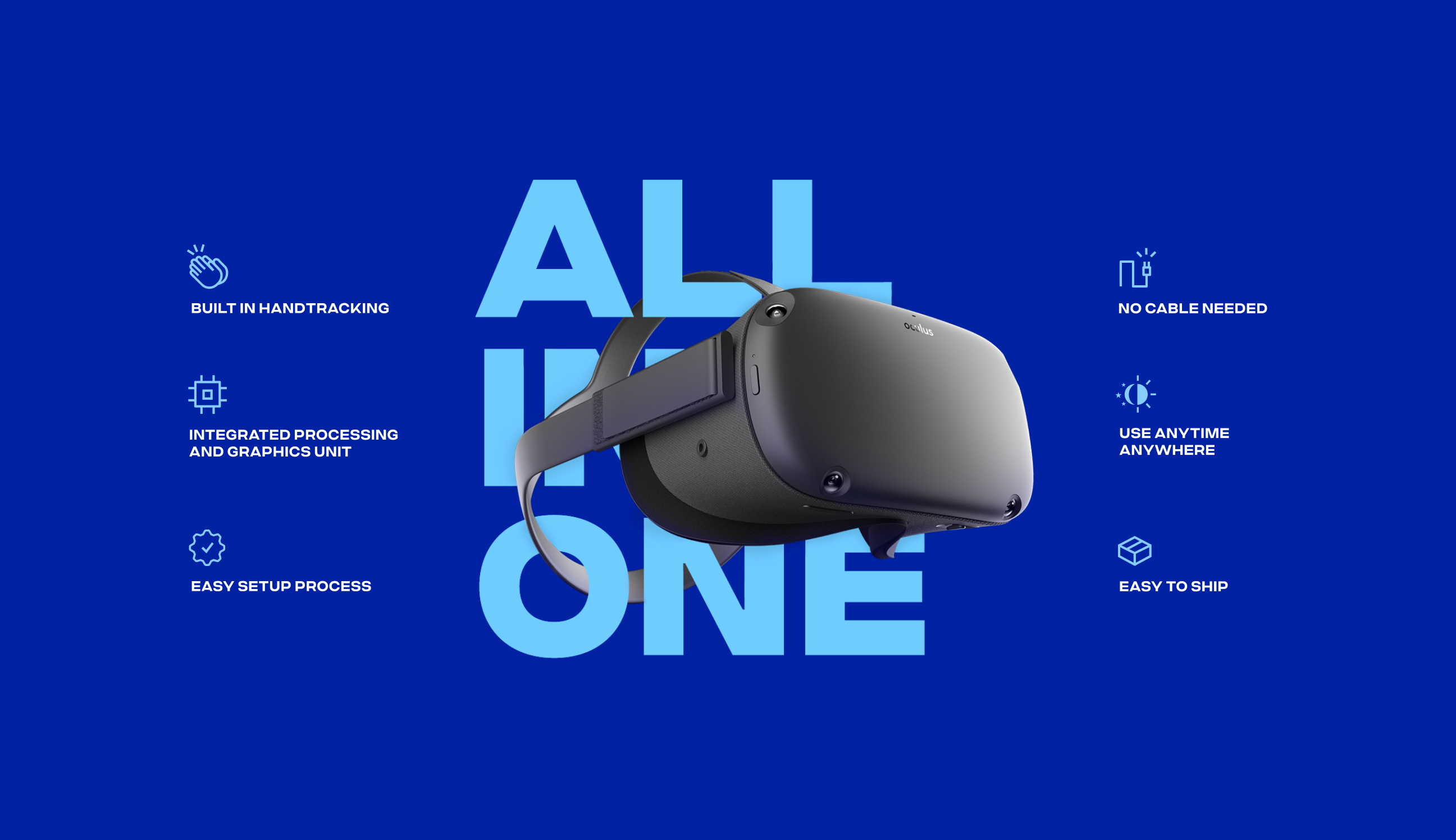 Therefore the market penetration of the glasses — not least due to the current monopoly position of Oculus — could be much higher than with older models. For brands with the right target group it may therefore be relevant to publish to the Oculus Store in order to convince the right users of the product or service with an exciting and varied VR application. Conceivable applications include virtual showrooms, interior and room designers, product configurators, (mini) games, live concerts and much more.

A good example is our case for SKAN. For the market leader in the production and distribution of pharmaceutical isolators, we have created a virtual reality learning tool with Oculus Quest, which can be used by virtually anyone, anywhere, independent of time and place. In order to make the experience as realistic as possible, we chose not to rely on the controllers typically used for VR and instead focused on hand tracking technology.

In addition, especially in times of a global pandemic, it could be an option for companies to invest the $299 per employee to hold board conferences, important meetings and lectures in virtual reality. This would allow employees to take part in a unique virtual event, exchange ideas with colleagues and new contacts, interact with new worlds or experience networking and team building in a playful way. The movement within VR by moving the head and body and the intuitive use of the hands, reduces the onboarding threshold enormously compared to other online platforms that pursue similar goals. At the same time the experience feels much more real and natural.

Where there is light...

Of course, the question still remains as to how Facebook can offer such high-quality glasses at a significantly lower price than the competition. The answer is simple: data. The first time you install Quest 2, you realize that there is no alternative to logging in with Facebook. Incidentally, this leads to the fact that the glasses are currently not available in Germany. It would be desirable for Facebook to reconsider the login requirement and launch the glasses in Germany as well. This would allow Quest 2 to achieve even greater market penetration and make it the ideal consumer VR headset.

Even if the title of this article may sound like clickbait, it is actually true. Quest 2 demonstrates through a low price and incredibly high quality of the experience that virtual reality no longer has the hype status as a new technology, reserved exclusively for experts and hardcore gamers. Quest 2 is an absolute consumer device that could herald the mainstream era for VR. I am looking forward to upcoming VR projects that we (Demodern) will implement with these glasses. And until then, I will keep playing another round of beatsaber...

Creative and HR competence at directors level at Demodern