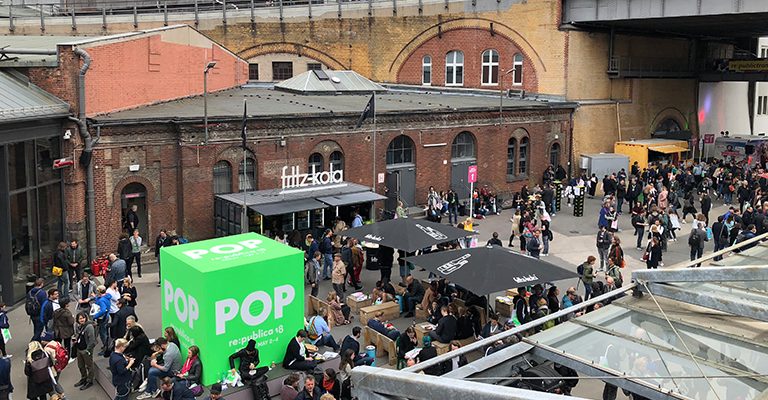 The re:publica is one of the world's most important conferences dealing with topics of the digital society. Started as a conference for the blogger scene, it presented itself in 2018 with many bubbles and in a neon green dress - the slogan POP could not to be overlooked in the STATION BERLIN. Regarding to this motto, the organizers wanted to burst filter bubbles and to have a look at the popular media phenomena with an open interest. It was about answering questions such as "What is the base for the fascination of (scripted) reality shows, Insta-Stars and influencers and what impact do they have on society? Is this the real life? What makes fake news so sexy for worried citizens? Where's the POP in POPulism? " This and more was discussed and more or less answered ...

According to the Re-Publica website, "around 47 percent of the speakers at the re:publica 2017 were female". Also in 2018, the organizers relied on strong speakers - no matter if they were female or male. Whistleblower Chelsea Manning talked about her new life as a free person, but also about uncontrollable state power, the effects of artificial intelligence, machine learning and the responsibility of developers and politicians regarding to this topic.

In addition, WDR veteran Rangar Yogeshwar presented his thoughts on "Man and machine - who is programming whom?". The day after, ZDFNeo presenterJan Böhmermann was joining via video and invoked the audience to participate in "Reconquista Internet". He brought to mind that all of us should do something to oppose right-wing trolls. 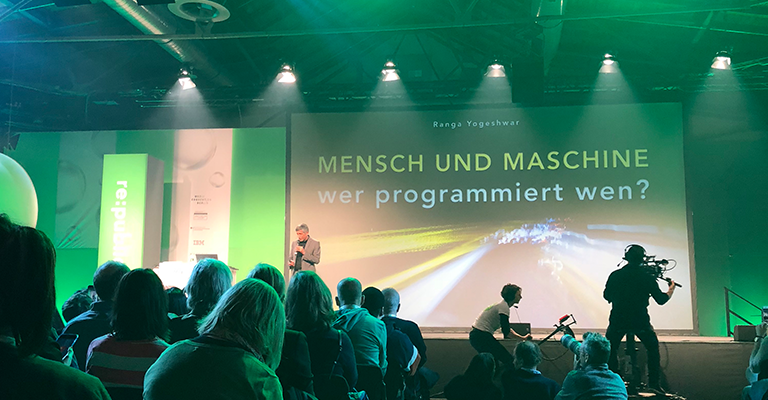 Virtual Reality is all around

Virtual Reality was THE topic in the re:publica 2018 showrooms - major TV stations such as ZDF and WDR presented a wide variety of VR experiences at their booths - but one experience was, according to various media reports, from across the board: Our Virtual Reality Live Acting Experience, which we developed in collaboration with Kolle Rebbe and PETA Deutschland. We launched it at this year's re:publica and visitors could have a personal dialogue with an animal for the first time in a pimped VR truck.

Accept responsibility for your own personal behavior

"With this experiment, we want to reach people directly and draw attention to the global exploitation of animals," explains Hendrik Thiele, Head of Brand Communication and Creation at PETA in an interview with HORIZONT. "For the first time, humans and animals can speak privately, which forces them to take responsibility."

And this is how it works

After the human has put on the virtual reality glasses, a pretty sweet and realistic rabbit hops on the chair in front of them. Then he starts the conversation wittily and sensitively, addressing the human to his treatment of animals and animal products. Each dialogue is completely individually and is tailor-made to the discussion partner.

Behind the animal is an actor, which makes the dialogue very personal and human. The face re-enactment system developed by us for the project transmits the voice and facial expressions of the actor live to the virtual character.

We have been there with our team for three days and we did not just care about the experience working absolutely smoothly - no, we also looked around a bit and discovered the following ... Who are these five more or less happy characters? We don't know that, but they were probably part of the interior of re:publica '18 ... Maybe you want to even hire them for your next project!? Get in touch! (hi@demodern.de) ;)

Ball pit? Let's have a quick break and catch a breath ...

More about our vr experience and the re:publica 18 you can also find in various articles