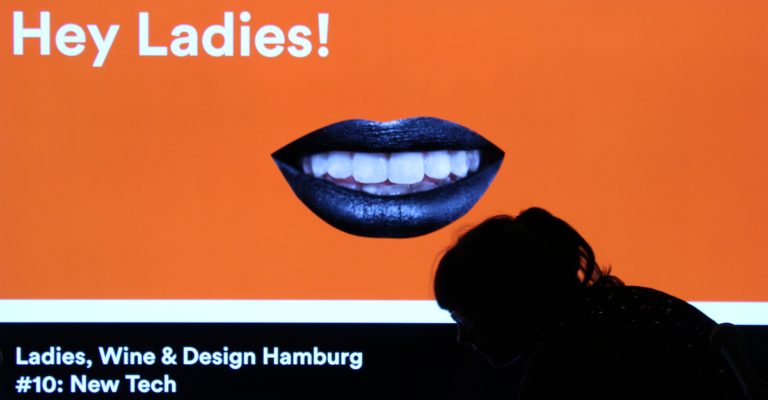 "Ladies, Wine & Design" was founded by Jessica Walsh to promote the exchange among women in the creative industry and empowering them around the world. Jessica - creative director and partner at Sagmeister & Walsh in New York - has often worked together with other successful women in the creative industry (she is one herself) and often faced more or less sexist accusations. She had to read that she is only this successful because "she obviously slept with her business partner to get her position" or just "got where she is because she is young and pretty". Bullshit: That a lot of talent and hard work is obviously responsible for her success, is completely ignored. Sexism in the creative industry (even among women) is not uncommon. In times of #metoo it is even more important to address this and talk about it.

Let's have a look at the number of women in a leading creative position: Only 3% are working as creative directors, 5% are working in the position of a CEO. LW&D would like to change this by discussions and creative meet-ups and above all abolish existing competitive thinking among women. Meanwhile the initiative is located at more than 200 cities worldwide, Hamburg is one of them. Anissa and Karolin are hosting the events for one year now and are taking care that a wide range of topics will be discussed. Thanks to our Experience Director Hannah, we had the honor of hosting the 10th edition in our Werkhalle. By her side three other strong ladies, who have shared and discussed their experiences as a woman in the tech and advertising industry with about 40 (female) guests. Small side note: The cards were sold out within a minute, the waiting list was long.

The evening started with a panel discussion between Liane, Creative Strategy /DACH Lead at Snapchat (mother for a few months now, had forgotten for one second that she is married), Toni, Lead Designer at myTaxi (actually Antonia, but still thinks she did something wrong as soon as someone calls her by her full name), Nora, UX designer at IBM iX (freshly moved to Hamburg), and not to forget our Hannah, Experience Director at Demodern and host of the panel (is one of our colleagues for six months now). The four ladies share a more or less long past in the advertising and digital industry, all of them have made their own experiences with sexism, diversity and the pressure to succeed in their jobs. Whether it has been a sexist sounding tweet that needed to be deleted, diversity trainings, which everyone has to join and stuff like subordinating themselves to the system - according to the motto: "If I play the game like they want me to play, nothing will happen to me. But it's better if you do not wear lipstick or short skirts, honey..."

But there is a lot going on - apart from most of the the classic advertising agencies, one can already see strong structural changes: the hierarchies are flatter, one works much more on equal terms and on one's own responsibility and the Executives try to make working as pleasant as possible for both female and male employees. Homeoffice is not a problem, CEOs leave most of the teams and employees work as freely as possible, women with children are easily reintegrated and flexitime is no problem - the most important and obvious thing is that you do your job - and in best case with a lot of joy and passion. But shouldn't that be guaranteed with so much trust the new generation of CEOs have in their employees!?

In the question and answer section, they talked about their own experiences with sexism (both in the audience and among the four panel participants) and how it is handled in their companies and agencies. But everyone agrees: A healthy mix of men AND women is important - but they should try to work together on equal terms and with mutual respect, and most important: trying to be kind and honest. But not to forget, the overarching topic of the evening was "New Tech": Future technologies like Artificial Intelligence, Blockchain, Smart Cities, like the already existing city Songdo in South Korea, were discussed.

Afterwards our devices and installations were tried out. Hardly announced by Hannah, our visitors ran and started testing our VR swing, furnished the IKEA apartment - also in virtual reality - or configured the new Smart. (and no, pink was not the color of the evening ...) #metoo

The highlight was our motion-based Kinect installation for Lufthansa - gymnastics exercises with Jerome Boateng and Thomas Müller were THE thing. Ok, a few man had been around - kind of...

If we liked the evening...

... you would like to know? It has been an evening in a relaxed atmosphere with very good, inspiring conversations, delicious wine and homemade hummus. No competition or elbow mentality. Whether that had anything to do with the fact that no men had been around and no one needed to distinguish themselves? This we do not know. In the end, the gender should not matter anyway. The most important thing is a relaxed, honest and, above all, fair behavior with each other - and good, talented work always stands for itself.