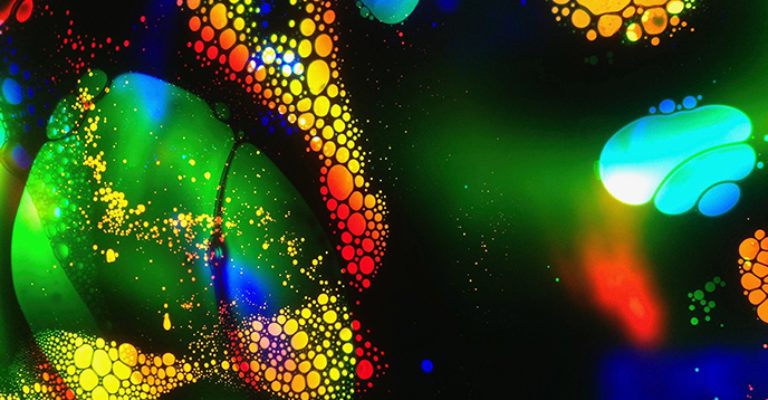 Art that kic(k)ks and literally takes your breath away - that's definitely what you'll find at the KIKK Festival in Namur, Belgium. We went there and brought back a lot with us. From the location to the exhibition to the conference - the festival inspired and kicked us in the right direction. Just as important: Belgian beer was delicious as always, BUT from the street food experience we were a little disappointed…

KIKK - experiencing art where it belongs?!

Does art belong in a museum or theater? That's only a matter of context, because the hosts of the KIKK Festival know how to stage art best, and that's why the festival takes place every year in the beautiful theater of the Belgian city of Namur. And this location is not only a real experience from the outside - when you enter the Grande Sale you have the feeling that you have traveled through time. Chandeliers, ceiling frescoes and velvet-covered chairs give the visitor a royal impression.

Born in small town Denmark, Andreas Anderskou moved to New York in 2007 and started Hello Monday's NYC office two years later. He has helped transform Hello Monday from a small shop in Denmark to an internationally recognized digital creative agency and is always interested in projects that leave a special footprint behind. Turns out we have a lot in common - so we were very impressed tbh.

Sara Hendren is an artist, design researcher, and professor based in Cambridge, Massachusetts. She makes material art and design works, writes, and lectures on adaptive and assistive technologies, prosthetics, inclusive design, accessible architecture, and related ideas. She re-invented the wheelchair access icon. One great and inspiring woman!

Régine Debatty is a writer, curator, critic, and founder of we-make-money-not-art.com, a blog that has received several awards, including 2 Webby and an honorary mention at the STARTS Prize, a competition that acknowledges ” innovative projects at the interface of science, technology and art”. She gave deep insight and analysis into face tracking tools concerning their racial mis-approach.

Matthieu Lorrain is a NYC-based digital creative specialized in product innovation and creative technology. For the last 10 years, he has been combining design and technology to deliver interactive stories shaped by context. His work explores the relationship between physical and digital universes with the intent of using the real world as a creative canvas. Matthieu currently leads creative innovation at the ZOO, Google's creative think tank for brands and agencies. 'Nuff said.

Jifei Ou is a designer, researcher and PhD candidate at the MIT Media Lab, where he focuses on designing and fabricating transformable materials across scales (from μm to m). Physical materials are usually considered as static, passive, and permanent. Jifei is interested in finding ways to redesign physical materials with the characteristics of digital information, such as the ability to change shape and and to be programmable.

Mr Bingo was born in 1979. In 1980 he started drawing. There wasn’t a lot to do in Kent. Mr Bingo is called Mr Bingo because when he was 19 he won £141 at the Gala Bingo. He’s been making it rain ever since. In 2011 he began the project Hate Mail on Twitter, where strangers paid him to send a hand-drawn offensive postcard to a name and address of their choice. Like much of his work, the project started as ‘a drunk idea’, but ended up being exhibited in galleries and gaining notoriety among the global press. Too cool for school!

And if you wanted to play around with hands-on installations, Little KIKK was the place for you! Although intended for kiddies from 6 to 12, (hahaa) it was just as much fun for us. Because playing with our toys and solving puzzles is the best part of our day job!

Between poetry and technology, artists are revealing the invisible, they tell us stories awakening our senses and showing possible worlds. The artworks disturb our reason and play with the imaginary, a visual, acoustic, luminous, geometric, tangible, abstract or hypnotic travel in the world of invisible narratives.

Breathe in deeply now: Two large, transparent plastic sheets and a device that gradually sucks the air out from between them leave the body vacuum-packed and vertically suspended. The transparent tube inserted between the two surfaces allows the person inside the installation to regulate the flow of air. Creepy, but too fascinating to look away! 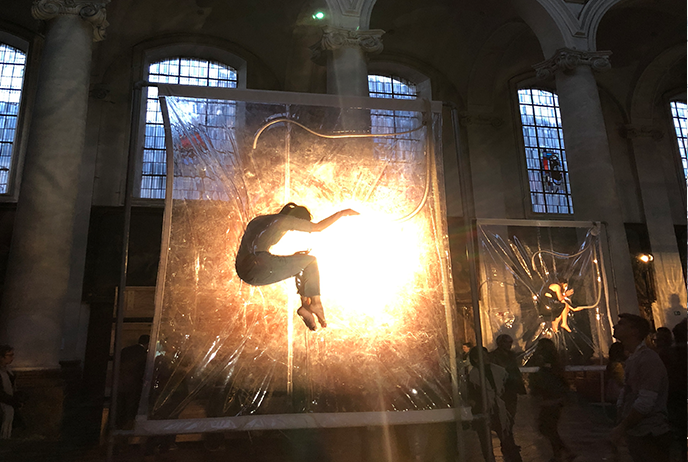 Implosion Chamber is a new exploration of the multifold phenomenon of acoustic cavitation, which the duo has been pursuing for over a decade since the creation of Camera Lucida: Sonochemical Observatory.

We were able to gather a lot of inspiration in Namur, and got to know great people while listen to inspiring artists. But not only the festival was a nice experience, so was the beautiful Belgian city of Namur.

We had a great day two days that could feed our creativity eternally. The installations in particular were impressive. (and the beer of course - haha)