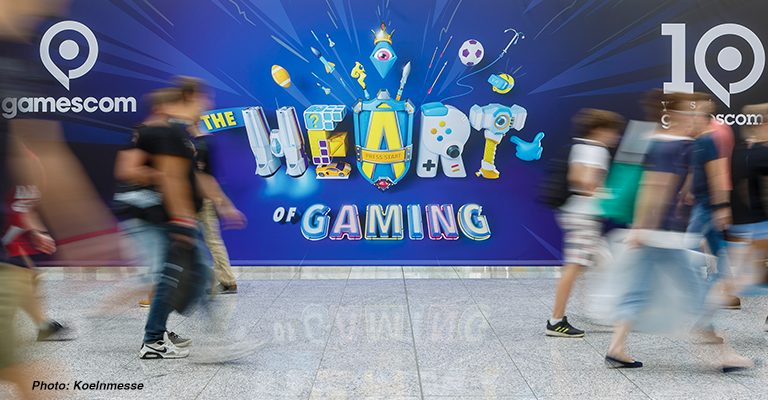 For its tenth anniversary, gamescom welcomed around 370,000 visitors from 114 countries, including 31,200 trade visitors, and together celebrated "The Heart of Gaming" in the Cologne exhibition halls this year. Its no surprise that gamescom once again demonstrated it’s importance as Europe's leading business platform for the gaming industry. The newly designed opening event with world premieres and political guests attracted more trade visitors than in previous years and that's not it: the opening of gamescom as well as highlights such as the Debatt(l)e Royale, the gamescom awards show and gamescom events were streamed on "experiencing gamescom live". Another highlight at gamescom was the illumination along the Rhine, where NRW and the City of Cologne congratulated gamescom on their 10th anniversary with "LIGHT IT UP!". 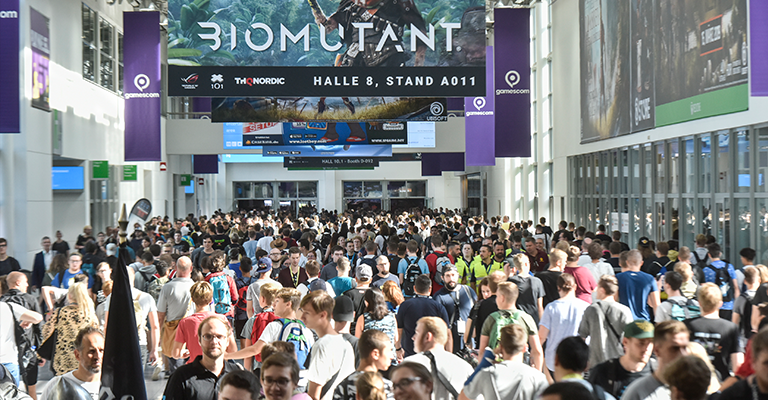 The gamescom prides itself on being a cross-platform gaming event, including offerings spanning games for PC, console or mobile devices, as well as virtual reality games and eSports. With gamesom in our backyard and some of our recent VR work in the news, Demodern was honored to be along for the ride - both as a visitor and as a short term exhibitor. We were invited to present our Offshore Rig VR Experience at the booth of Mediennetzwerk.NRW - with great success.

Henriette Reker at gamescom - the Cologne mayor proved her talent

The opening event with political guests and world premieres underlined the great importance of gamescom as an international platform for the gaming industry. At the launch of the world's largest computer and video game event several world premieres of games were released by international publishers like BANDAI NAMCO Entertainment Europe S.A.S., Koch Media and its publishing label Deep Silver, Square Enix, THQ Nordic and Ubisoft. Political guests like Dorothee Bär, Minister of State for Digitization in the Federal Government, José Guirao, Minister of Culture and Sport of the gamescom partner country Spain, Armin Laschet, Prime Minister of North Rhine-Westphalia and Cologne Mayor Henriette Reker spoke at the opening ceremony  in front of hundreds of guests, journalists and gamers. Incidentally, Henriette Reker and Armin Laschet also demonstrated their gamer talent at the Nintendo Battle Stage...

This year, game fans from all over the world who were unable to attend gamescom in person had the opportunity to experience some of the most exciting highlights live. At the start of gamescom on August 21, "gamescom live" was launched which showed continuously live streams, videos, news and all episodes of gamescomTV at one channel and provided a virtual expansion of gamescom.

Numerous events at gamescom complemented the gamescom and thus provided the right offer for the various target groups. The prelude to the gamescom week was devcom, one of the top developer events. The gamescom week ended traditionally with the gamescom city festival. From Friday to Sunday, Cologne's city center was once again dominated by music, street food, games, information and entertainment. Numerous national and international music acts, such as Kettcar, Fünf Sterne Deluxe or the Cologne based bands Querbeat, Kasalla and Cat Balou, made the gamescom city festival once again a magnet for visitors and inhabitants of the city at the river Rhine.

gamescom awards for the best

The winner of one of the most coveted prizes in the international computer and video game industry have been announced: on gamescom Saturday, the gamescom awards were presented. In addition to the winners awarded by experts in six jury categories and the Best of gamescom award winner, the winners of the six fan categories were also announced, including the gamescom "Most Wanted" Consumer Award. The award ceremony took place on the Red Bull stage powered by gamescom.

The winners of one of the most coveted prizes in the international computer and video game industry, "The gamesom awards", have been announced on Saturday. In addition to the winners awarded by experts in six jury categories and the Best of gamescom award winner, the winners of the six fan categories were also announced, including the gamescom "Most Wanted" Consumer Award. The award ceremony took place on the Red Bull stage powered by gamescom.

AR in B2B: Revolution of trading

SIGGRAPH 2018 Conference and Real Time Live!: Prepare to be Amazed!