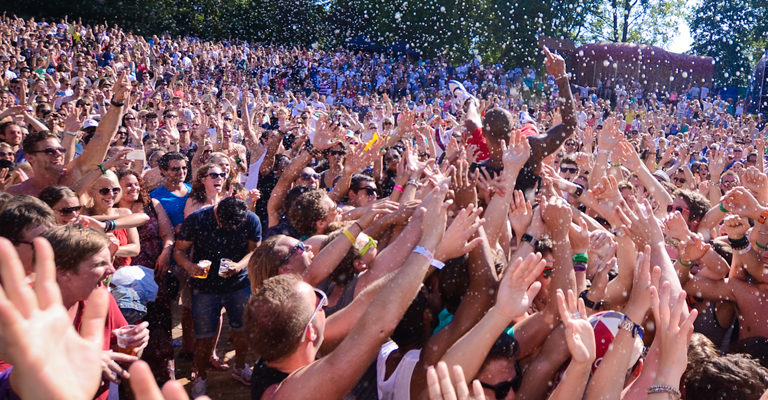 The honest festival guide to the Netherlands

IMAGINE BEYOND // 16. MAY
Sometimes you feel like you're running on a human hamster wheel. The same routine, annoying deadlines and stressy situations. Lame, right? Here's something to get away - a place created by the Imagine-Beyond makers where the human is in the center of everything. Sounds pretty much like Burning Man 2.0 in Europe. (At least that's what people say...)
Where: This enormous experience takes place in a mystical space called Spaarnvoude, Velsen Valley.
Who: Open minds, Freethinkers, Terminators and spiritual Fugitives.

AMSTERDAM OPEN AIR // 6. -7. JUNE
Amsterdam is great. Not only because of the well-known tulips - but especially because of the atmospheare. This huge student city is always on the run and a hotspot for various events, whether it's Hip Hop or Techno. However, in June the masses meet at the Amsterdam Open Air Event where international acts bring the Grachten to overflow. Sounds cool, right?
Where: Festival feeling in full effect at the Gaasperpark, Amsterdam.
Who: For those who really need a flashback and feel like in their early 20s.

LOWLANDS // 21. - 23. AUGUST
"Here's something for everyone." What seems like a bad marketing slogan at this point is actually a program at the Lowlands. With acts like SBTRKT, Tame Impala, Paolo Nutini and Tove Lo, the festival attracts a wide repertoire of people and lets stubborn musical ideologies collide. Recommendation with icing!
Where: Biddinghuizen - about an hour away from Amsterdam
Who: For young and old. Hip Hoppers and Indie blokes. Shufflers and air guitar players.

MYSTERYLAND // 28. - 30. AUGUST
Take a shot Coachelle, a lot of glitter, some neon and spaced out poeple. Mix it and boom! Here's the Mysteryland Festival! I guess I don't have to say too much about it, since the Mysteryland is one of those hotspots for friends of similar sounding EDM music.
Where: The festival area is located between Amsterdam and Haarlem (Haarlemmermeer).
Who: A big "see and be seen" drop-fanatic-EDM-dancers und fedora-hat-wearing-blogger-girls.

AMSTERDAM DANCE EVENT (ADE) // 14. - 18. OKTOBER
Some call it "The Mysteryland for people with good taste," others "European Electronic Music Event of the year". Either way - the ADE suprises every year with incredible acts and lineups in and around Amsterdam. The framework program offers numerous conferences, Indoor events and Outdoor treats for fans of electronic dance music.
Where: More than 2.200 Acts, 350 events on 5 Days in and around Amsterdam
Who: If you've heard of acts like Nina Kraviz, Carl Cox and Ben Klock this one's for you.