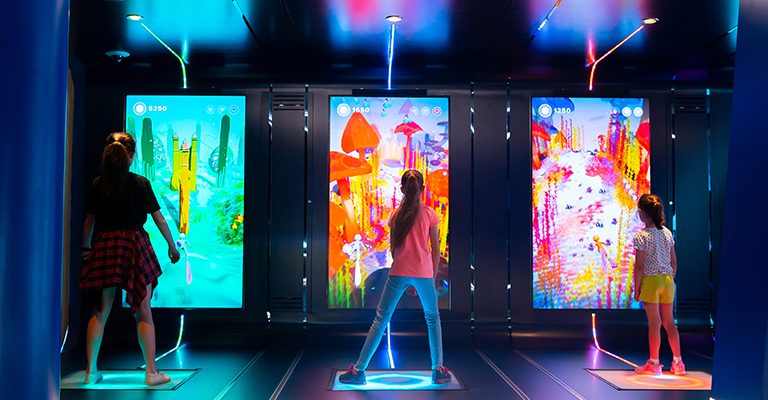 An interactive video game on one of the largest cruise ships in the world: With "Sasu's Mystical Quest" Demodern - Creative Technologies realizes an exciting, entertaining and technically innovative game adventure for Royal Caribbean International. "Sasu's Mystical Quest" can now be experienced onboard the latest Royal Caribbean cruise ship "Spectrum of the Seas", sailing exclusively in Asia. The mandate for conception, creation, and development of the game was secured by Demodern in an international pitch.

This is how the game works: On a custom-made LED balance board, up to four players simultaneously control the main character of the game, Sasu, through his mission in the deep sea. To achieve the highest possible score, the players must balance their weight moving left to right, jumping up and down, collecting gems in the classic Jump'n'Run manner, and avoiding obstacles. Elaborately developed animated fish swarms, plants and animals in 3D bring the underwater world to life. For example, magical creatures help the player or Sasu with his mission - as long as he locates them in the depths of the sea. If Sasu gets caught in the tentacle of an octopus, for example, the player has to shake until Sasu is free again. A leaderboard always shows the current high score to be cracked. In addition disabled guests can immerse themselves in the world of 'Sasu's Mystical Quest' with a barrier-free version that allows the player to control the character with the help of a specially developed controller. 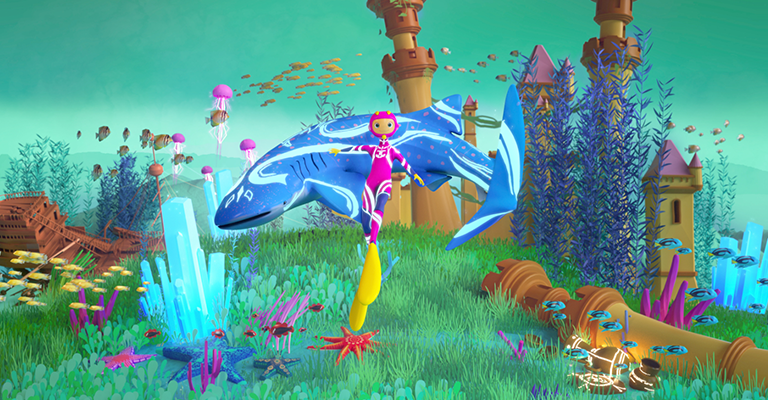 Demodern is responsible for the idea, concept, design and technical implementation of the video game developed entirely in the Unity 3D game engine.

DMDRN on tour: Meet us at conferences, trade shows & talks

Swing Above Hamburg: Virtual Reality Swing at the Reeperbahnfestival