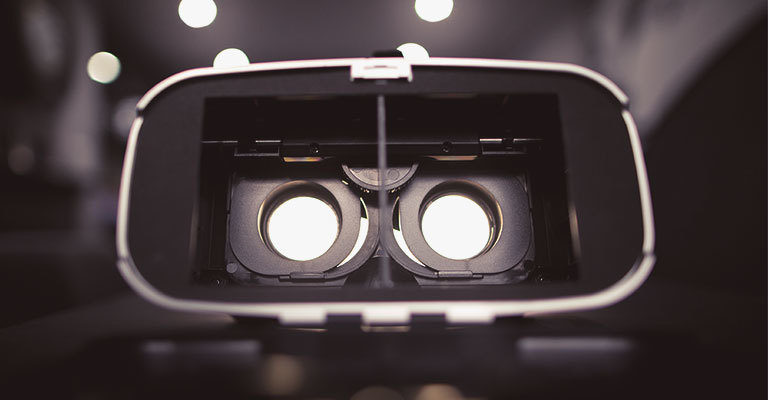 Well, have you been stoked by Virtual Reality yet? Does it live up to its promises? If not, it has either been the wrong application or an old device - for sure. Everyone who ever tried VR was fascinated!

If you believe the term " Virtual Reality " to be nerdy, considering it to be"quite nice but not meant to last", I 'll tell you my theory: We live in a two-class society of VR. In the first, the postman brings new devices day-by-day, while everyone is cheering and holding meetings in virtual spaces. In the other world, the spark has not yet ignited. While major media companies report about VR very well, they do adress a niche techie peak audience only. This is why the general audience decries VR as a place of anonymity and lonely regulars.

We would like to change this precise way of thinking. Imagine Demodern as VR ambassadors. We advise and convince brands to create novel consumer experiences with the help of virtual reality. With various projects we were able to reduce initial inhibitions and promote a much more natural approach to the technology push. Our goal: reaching the full potential of VR applications in prospective. The more points of contact we create and the more consumers we introduce to virtual reality, the sooner we are able to close the gap between said societies. Then we don't need to be afraid of overwhelming users with interactions and functions anymore. Sounds logical, right? Therefore, we installed the VR swing at our office and every visitor must swing first.

I'm going to ask you four questions. If you can answer with a "yes", you are already deep down in the VR funnel and you are - whether you believe it or not - one step ahead. Each answered question with "no" does not make you automatically less cool, but the following post might be more interesting for you:

1. Have you heard of Virtual Reality, Oculus Rift and HTC Vive ?

3. Have you already tested one of the VR glasses?

Very well – now I have your attention, you entered the classic A-I-D-A effect model ( Attention, Interest , Desire and Action )

Yes, here comes the good old A-I-D-A - thing, but I am not trying to just put a new technology in an old grid. I am writing about the results model because of the following: Regardless of whether you have answered the above questions with "Yes" or "No" , it is important to re-enable the users in, when it comes to Virtual Reality. The model will therefore help in considering and preparing a VR project .

Come on, I'm taking you into the VR Funnel. It's much easier than it sounds, promised!

Although we believe VR is the talk of the town, so far just a few have experienced a VR project - at least on the other side of the marketing frontier. Unlike web applications, we can hardly rely on learned behavior. Just a fact.

The basic interest in the VR-theme is certainly present. But this should be not only justified in the new technology, but much more in the possibilities. A lack of imagination in all parts of your everyday life can be handled. No one has to imagine a project on two-dimensional sketches anymore. Web configurators already tried to make this step but only the relation to oneself makes the experience tangible.

Nevertheless, the Virtual Reality in general, and turning on VR glasses in particular can be frightening. It means a partial loss of control for the user. He can no longer perceive his surroundings, but vice versa. Not mentioning the personal style factor – similar to wearing a bicycle helmet .

Of course these are not rational reasons to prevent a technology, but they raise concerns. Currently about 10 million VR glasses are in circulation worldwide. Few have access to and will not even ask themselves to try it. Thus, in order to transform the concerns into a "just try"-desire, the technology needs more presence and touch points in our daily life.

This creates a great opportunity for brands. They have the means and the content to transform their ideas into a VR experience. Aside they underline their trendy and innovative character by combining marketing and new technology. Accessing a new technology through a brand puts them into a new context. The brand turns the users interests into desire. Brands can become VR-opportunity-makers. Fairs, showrooms or stores with installations become a place of wish fulfillment.

One example made by the New York Times: In order to position themself as a cutting edge media company and to provide access to a new NYT VR app, they sent out their sunday edition along with Google Cardboards in November 2015. More than 1 million users came into contact with the technology this way. 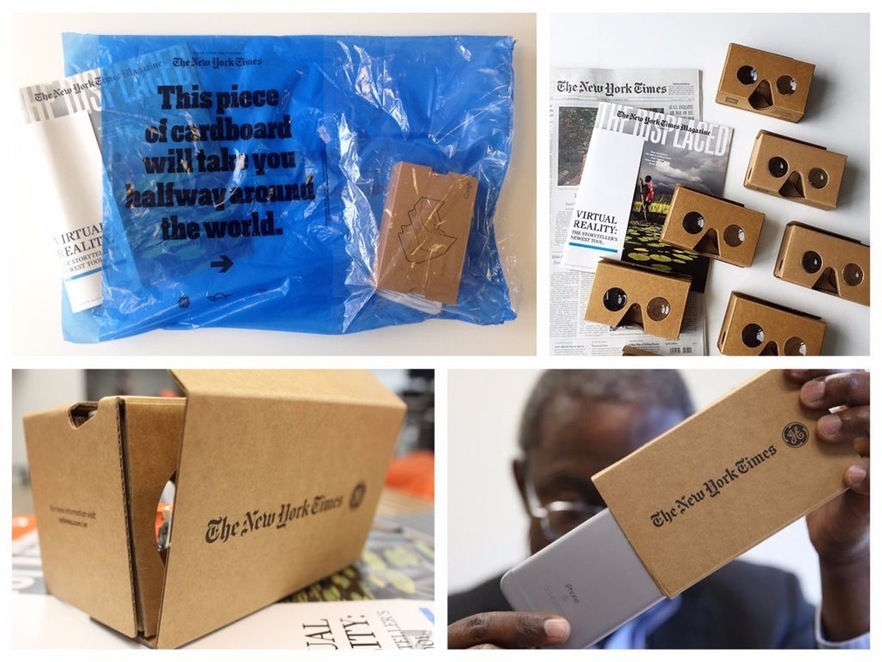 A VR concept always includes the surrounding. Apart from dangerous cable runs and rickety chairs, it's all about the necessary privacy and the involvement of viewers. In past projects, we let partake audience participate the VR experience via displays. We presented the perspective of the VR-user, to activate and manage realistic expectations. As soon as people witnessed the experience they lost their inhibitions and were more receptive to trying VR themselves. In fact very few people really know what virtual reality means or how it differs from augmented reality. All this „everything goes“ and technology possibilities, stoking expectations that quickly break the madness scale.

Ready for #A… wie Action?

Finally, put goggles on and launch the application. The fear initially described was replaced by curiosity. After settling, the VR Funnel has resorted. Everybody wants more. The senses were taken possession. Sounds trite, but the exact strain of meaning distinguishes the VR experience from everything done before. The familiarization on the concluded view range of glasses, which still allows a 360 ° view including sound overwhelmed the user.

The quality of the presentation, which can be achieved with Oculus Rift and HTC Vive is staggering. Regardless of whether the modeled scene is like a real space or a fantasy world: for the user it feels real! Tracking technology and visually generated reality through light, shadows and real perspectives make the users part of the experience. Tricking your brain like this is impressive. For everybody.

What follows from UX-view, must be considered specific in a new post. The A-I-D-A model has been exhausted for today and every first-user as well.