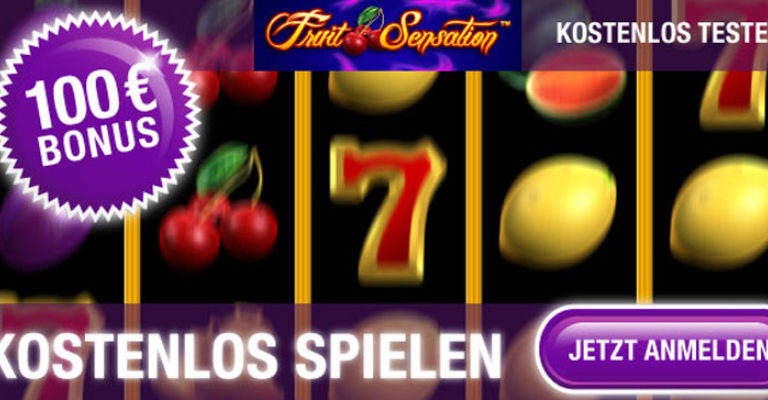 How we failed to write our blog entry

How the self-experiment to find the best-practice user-experience in gambling failed miserably.

You guys out there probably don't know, but we have an internal contest running here where we throw together a team whose mission it is to create an article in a set amount of time. Adryiano came up with the magical title "WTF!" for this week's posts. So what do young creative hipsters do? Well you try to create a kick ass article - but as the deadline looms - noone is laughing no more - because we fucked up. 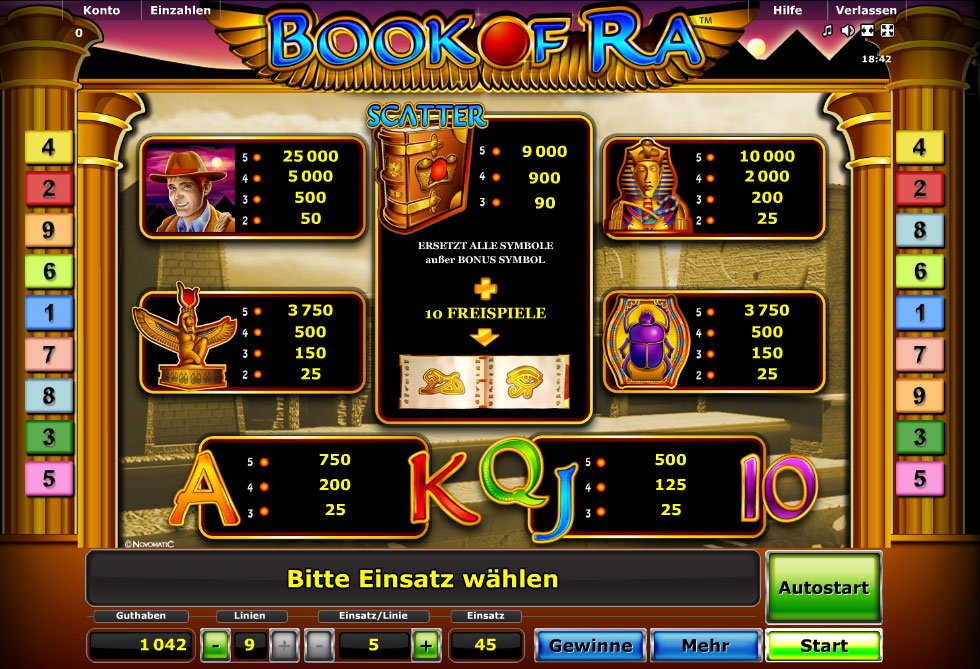 It all started as usual with a couple of Weizen beers and a few crazy ideas. "Let's not just create another theoretical post - lets try to do some investigative research!?" Let's do something none of us has done before. Something we don't even really know? Let's do some self-experiment. Yup, let's go into prison...hmm...nah, psychiatry.......no!, how about that dirty filthy gambling house next to our office - were none of us has ever thought about entering? Yup perfect! We are so crazy....lol. Let's discover why people end up sitting in there 23 hours of the day, let's see the joy of use and best practices of conversion optimising games. User Experience, Animations etc. 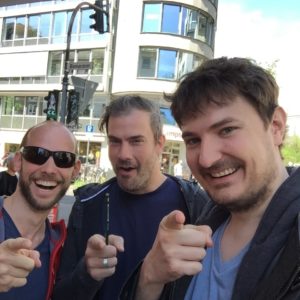 Its lunch time Friday, 12:43. Perfect time to grab a chabiatta in the sun, but no - our mission is an entirely different one. We hear a 2 Euro coin falling into a big gambling machine. We are inside the dark, uncozy not really welcoming Fairgame Casino over on Venloer Street. Behind us is a man - looking suspicious - unsure of what he is doing there we head closer to the machines. The already unwelcoming atmosophere is damped even more by the uncharming woman behind the counter - clearly signaling that we are neither welcome nor liked in here.

Nevertheless we head over to the first big machine "Novoline 3000". Before we could enter our first coin - the women screams over "this one is taken". Nothing really signaled to us - why that is the case - we asked her "how do we see thats it's taken". Her original answer "You see" - didnt quite help us proceed. Looking a bit closer at the suspicous man we realised he was playing on four of the six machines simultaneously...and he wasn't eager of letting one of them go. All the machines were set on "autoplay" - hmm...so do people really come here to play - if the machines are playing for themselves? Is it really just about making a quick dime? 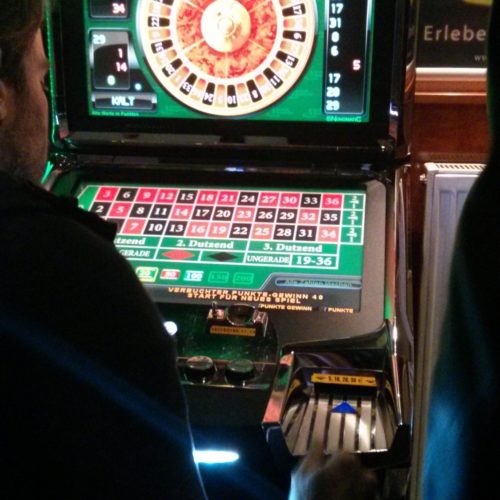 So after some time, we got the chance of playing one of the boxes ourselves. We took 3 of the machines and played various games with fascinating titles such as "Grand Roulette Deluxe", "Fruit Blaster", "Book of Ra" or also some more "erotic" looking games like "femme fatale". Four hardware buttons just below a horrible designed touchscreen UI were our first hurdle. Uhm...what do we do? We clicked around..something began to move....what exactly we were doing we were unsure. The button "risk" sounded great - we pressed it...bazinga...100 points gone. Sounds like a lot, but the 2 Euros were automagically transformed into 200 virtual points. Noboby likes playing for a 1 euro or 2, 100 or 1000 virutal points it has to be! Numbers which sound like a lot.

But back to our mission. We have to find a conclusion, a resume, an essence which gives meaning to this self experiment, which is interesting for our readers our team and this blog, so this experiement wasnt just for the fun of it. But what could be the conclusion of a casino that looks worse from the inside than the outside?

The plan to find unique user experiences in a casino around the corner seems to have failed. Together we bring around 50 years of digital communication experience to the table, but the game principles and the euphorism to go into such a venue...were complelty unclear to us.

Indeed the question arised how such venues can still exists, in times were everybody has devices and access to platforms and games with great user experiences, phantastic graphics or a unique gameplay.The negative atmosphere, the unsocial component, the non-existent fun factors we found were nothing we expected. We were thinking of Vegas, Macoa, glamour, loud music, magestic interior design - nothing of that. So its as easy as that - we fucked up.

No Luck, no happiness, no honour - indeed it seems there are parallel worlds out there which don't have too much in common with hours and which don't seem to be explainable with joy of use and conversion.

We feel a bit like viewers of #SchleFaZ - (http://www.tele5.de/a-z/schlefaz/home.html, where Kalkkofe and Rütten present the worst movies of all times. Movies which sole mission it wasnt to be the worst of the worst, still appear here. But that format gave these movies a new charm, gave them new cult. One just sees then how hard it actually is to create good quality movies once you are confronted with what trash is out there.